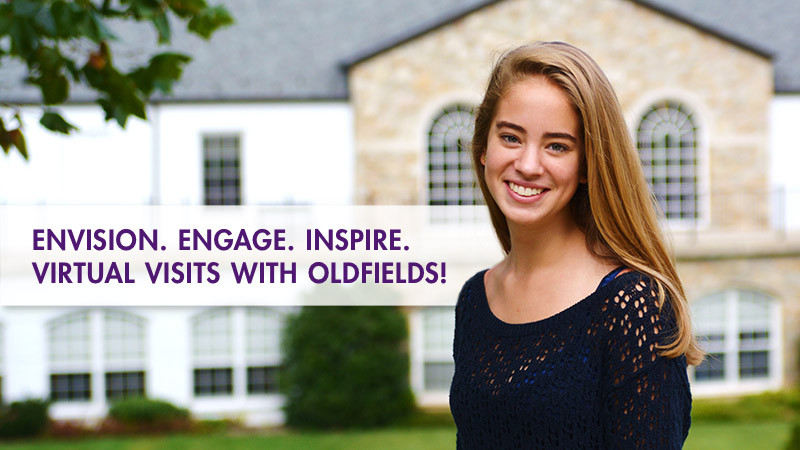 At Oldfields, the learning extends beyond the classroom; now, our campus tours do too. Join the Admission Team and experience the magic of Oldfields in an array of personalized virtual visit opportunities:

There is one very special "keeper of the spirit" who is leaving us this year. It is with very mixed emotions that we say goodbye to an outstanding master teacher who for 28 wonderful years taught science and math to hundreds of Oldfields girls, our very own Justo Anguita. 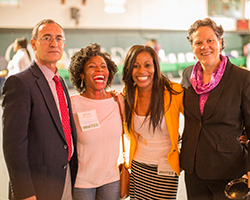 Throughout all those years, Justo challenged the minds of students with functions, formulas, physics, and algorithms, reminding us nearly every day that women in science are a force to be reckoned with. With his intuitive understanding of young minds and his serious, absolute approach to mathematics and science, Mr. Anguita instilled within his students the drive to continually persevere and succeed. Beyond his influential role with the girls, Justo was also a cherished and loyal friend to the colleagues with whom he worked day in and day out. His sense of humor, his wide smile, and his enthusiasm were contagious.

"This year I struggled a lot with physics â but every time I didn't understand, Mr. Anguita always told me I could do it. He really believed in me...and he is one of the funniest people I have ever met." â Annemeik Cuppen '17

I will always be grateful for Justo's many contributions to Oldfields over his long and distinguished career as science teacher and ultimately as Science Department Chair. He challenged his students but was always willing to spend whatever time was necessary to help students understand the material. Often it wasn't enough that a student find the "right answer," but it was important that she understand the process of finding the right answer. He exemplified the treasured Oldfields commitment to giving students whatever support they needed outside the classroom. Whatever the academic or community activity, Justo brought to it professionalism, good humor, kindness, and a broad smile. He and Hilary were our closest neighbors in Garden House dormitory during our last decade in the Head's House. We were most grateful that they made such an effort to include us in the life of their Garden House Family. â Hawley Rogers, Headmaster 1976-1997

I have learned way more than physics and math â you have taught me to trust myself and be confident. Even though your classes stress me out, they were also my favorites!-- Jiayuan "Katie" Chen '17

I was delighted when I returned to Oldfields after being away for 20 years to be greeted by Justo's big smile and his welcoming words. I figured that all was right with the world. Justo was a demanding yet understanding teacher. He embodied the Oldfields philosophy, being demanding, yet supportive. Whenever I would walk in on his class, there I saw confident girls who were at ease, very comfortable asking questions, emanating joy. He is so full of energy, I don't know how he will keep himself busy in retirement. Oldfields will miss him. â Taylor Smith, Head of School 2008-2013

If I was going to talk about Mr. Anguita, I could write a book, but I would never miss mentioning that he has been a special teacher to all students at Oldfields, the ones he taught and the ones he didn't teach. He makes sure that no student is left behind in his class, and he provides helpful advice to his students in order to help them build a bright future full of success. Mr. Anguita also acts as a parent, enhancing discipline at Oldfields and contributing to the uniqeness of Oldfields. â Kellia Karambizi '18 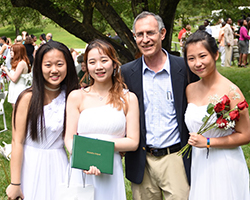 You are the best advisor ever! Though I struggled in calculus, you got me through with your funny jokes. You always sacrificed your free time for your students. Now my wish for you is to be free! - Sylvie Pan '19

To be a really great teacher, one must possess more than a significant depth of knowledge in their field of study â one must have a deep passion for their craft and, perhaps most importantly, a deeper commitment to their students and a sincere respect and joy in sharing the academic journey with them. Justo Anguita is truly one of the greats. Even after 28 years of teaching, I would walk by his classroom, and he was still so excited and engaged about a lesson or experiment, and the respect and affection his students had for him was profoundly moving. Oldfields has been truly blessed to have him here. â Maribeth Littlefield, history teacher since 1981

To me Mr. Aguita is a humorous, knowledgeable, patient, responsible, and caring teacher. Unlike many other girls who've been taught by him for a long time, I have only been taking his class for one year, but the knowledge I learned from him will last a lot longer. His class is always full of laughter, and anyone who has taken his class loved him. the way that he I will never forget how much happiness he and his class brought into my daily life this past year and I really enjoyed it. - Amy Wu '18 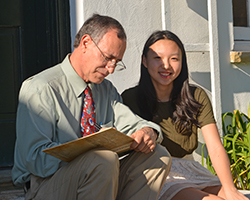 Rusty and I have many fond memories of playing mixed doubles with Justo, Dennie Doran, and Deetzie Walker on the Oldfields tennis courts, where Justo was like the energizer bunny â fast and furious. Never stood still on the court and would play both positions...he was a moving target and one never knew from where the next shot would come! If you never had a taste of Justo's homemade paella, you missed one of the best examples of a Spanish culinary delight! He rocked it and took such pleasure in sharing a part of his Spanish culture of which he is so proud! â Barbara Latrobe, Assistant to the Head of School since 1990

The impact that one incredible teacher can make on his students is immeasurable, and Justo has had that impact for nearly three decades. While we are sad to see him leave the classroom, at the same time we wish him everything he is hoping for in his retirement. Luckily, he'll still be seen around the campus, as his wife, Hilary Bates, will continue teaching Spanish. His new role will be that of a cheerleader, and our hearts will feel a little warmer each time we see him. 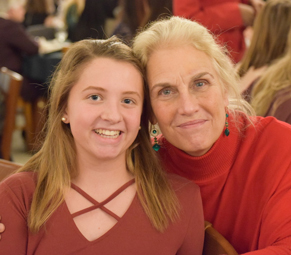 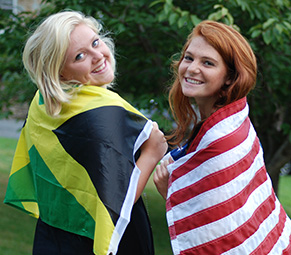 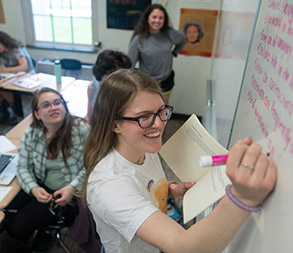 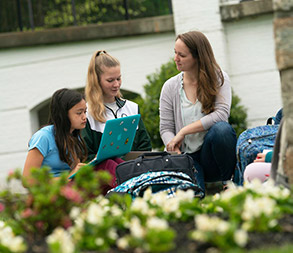 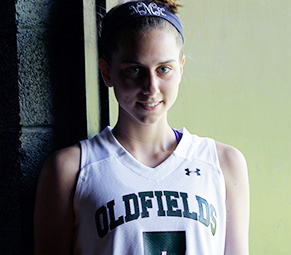 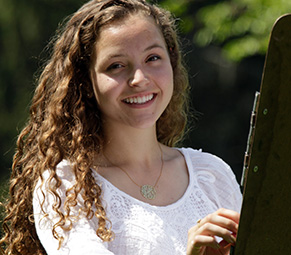 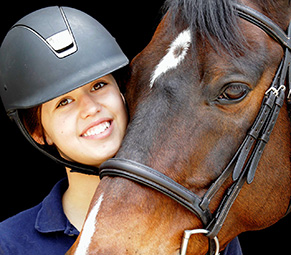 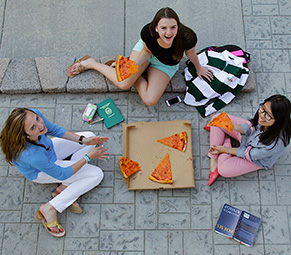 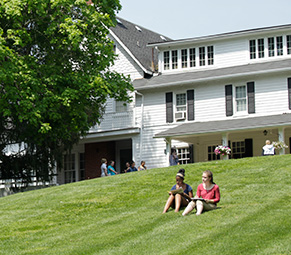